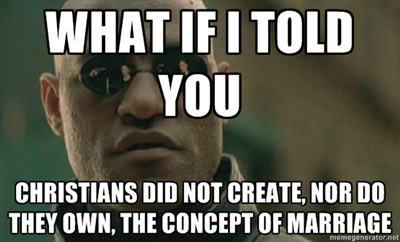 Agnosticism vs. Atheism – Who Ya Got?

Discovery: Did a Copying Mistake Make Humans So Smart?  By “mistake” they mean mutation.  Evolution succeeds precisely because it is a “flawed” process.  Cells do not always make identical copies of themselves.  Those changes can lead to new specific genetic traits.  This would be a good place for the “Guided Evolution” crowd to stash their Creator.

Submission and Respect for Faith

Since Children Choose To Be Homosexual, They Obviously Deserve To Be Punched This ass-hat got a standing ovation at his church after the media firestorm about his bigoted sermon.

Penn Jillette on Piers Morgan's show Via Lady Atheist  "Jillette gets grilled on atheism by a devout Catholic.  I admire him for not busting out laughing and actually answering the stupid questions.   "How does an atheist fix the economy?"  What the heck?  Do Christians run the economy through prayer?  Well, actually that would explain a few things."

Life scientists unlock mystery of how 'handedness' arises Discovery: Did a Copying Mistake Make Humans So Smart?  By “mistake” they mean mutation.  Evolution succeeds precisely because it is a “flawed” process.  Cells do not always make identical copies of themselves.  Those changes can lead to new specific genetic traits.  This would be a good place for the “Guided Evolution” crowd to stash their Creator.

The Trouble with Profiling : A guest post by Bruce Schneier A response to Sam Harris’ blog posts on airport security profiling:

Discovery: Human Body Part That Stumped Leonardo da Vinci Revealed Now that is the true sign of transcendent genius; When we are surprised that da Vinci didn’t know something 100 years before everyone else.

Republicans Get In My Vagina!

More Evidence of Mars’ Watery Past

The reports of dinosaurs dying of farts are greatly exaggerated What a relief!

Headline-spectrum of the day: Dino-apocalypse by ‘wind’ The Science Bit makes short work of these articles.

Update on Student Who Wore ‘Life is Wasted Without Jesus’ Shirt OK, so I defended this kid when this story first came out because I thought he should be able to express himself – even if what he said was unpopular.  Maybe the whole thing got blown out of proportion.  But after returning to school with the same t-shirt and the apparent smug satisfaction of a member of the only cultural majority that somehow gets to cry persecution…now he just looks like another obnoxious fundie telling people that they are going to Hell.

Q&BA: Which moon has the best chance for life?

Life scientists unlock mystery of how 'handedness' arises We live in a totalitarian right-handed world.  Don’t believe me?  Try using a chainsaw, weed whacker a decent pair of scissors with your left hand.  For that matter, try signing one of those little credit card screens at the supermarket with that little plastic pen that’s always tied to the right side of the signature pad.  You want to talk about persecution?  It’s about time we got to the bottom of this.

And now, Arnold Schwarzenegger cordially shaking hands with the Predator Give peace a chance.

Random Quotes: The Antichrist is Coming!


I would like to shrug my shoulders and say. "What took him so long?" but then I remember that he is the first president in history to openly support SSM.

This Week In History: Vladimir Putin Wins Russian Presidency After Promising He Can Bend Anything With Bare Hands (2000)
Posted by Adam at 8:00 AM

What if I told you that the 'strawman' is logically fallacious for a reason?