Suspension of Disbelief in God 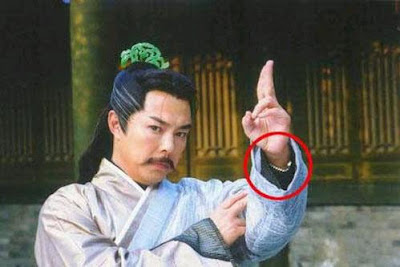 I have been a non-believer for years. There were layers to my faith and subsequently my de-conversion happened in stages as those layers were peeled off.

One of the first layers removed was a lack of belief in Christian scripture. Like a really bad movie, I simply could not maintain my suspension of disbelief. My early skepticism manifested itself by attempting to find ways that Biblical mythology could be explained by science. A comet leading the Wise Men to Jesus. A meteorological event parting the Red Sea. The six days of Creation being thousands of years per "day." None of these rationalizations held up to my scrutiny. It was like watching someone perform a magic trick when you know how it works. You know how you are supposed to feel, but can’t ignore the fact that you know it’s fake. The spell is broken once you decipher the illusion. As a Christian I was expected to believe these stories on faith. For me, the parallels to mythology were obvious and I considered them to be allegory. The more I learned about the Bible the less I actually believed. Now as a fully realized atheist I admit that there are several things that would make me believe in a God. I just don’t expect these things to happen because they never do. All of the things that are needed to convince me are events that simply do not take place in our world. An event without explanation is not good enough.

Here are a few things that would convince me...Or at least cause me to seriously reconsider my position:


1. The appearance of an angel. An actual non-human being conforming to supernatural existence available for scientific study. No wings required. No autopsy needed. Just a demonstration of an entity that inhabits at least two planes of reality. I’ll settle for a demon.


3. Confirmation of a holy place. A geographic location where the natural laws of physics are consistently broken. A place where the sick are healed or where time moves differently. This may not prove a specific dogma, but it at least it provides a contemporary example of the miraculous. I also want to vacation in such a place.

I don’t include revelation in this list because my perceptions alone are not sufficient to overrule EVERY OBSERVABLE LAW OF NATURE. Proof of a divine Creator would need to be verifiable by others. If the Creator of the Universe were to reveal himself to me I would seriously doubt his credibility if our interaction had to be a secret.

Until something like this happens I will remain a non-believer. I can't help it. I cannot choose to believe no matter how attractive an idea is. Eternity worshiping a cosmic tyrant is not my bag anyway. (Side note: I needed to “lose” my faith before I was able to see how cruel a biblical reality would actually be). Once you take off the faith glasses, the world does not look the same. You can't just put them back on. Religious leaders know this. Of course they conceptualize it differently. They talk about seeds of doubt and the sinful attractions of secularism. They talk about losing one's faith as the primary goal of Satan. The entire concept of faith is suspension of disbelief. Faith is choosing to believe something unlikely in spite of evidence to the contrary. When one has established fact; faith is unnecessary. It's one thing to believe a man can fly when you can't see the wires. Religious faith requires the same belief by telling you that the wires you can clearly see—don't exist.

This is the show. The magic trick. The man behind the curtain. I don't mean to misrepresent theism. It is not always a willful denial of reality. Religious apologists will posit that truth cannot be ascertained by evidence alone. In this worldview an individual's faith is a tool to find truth in the places that evidence fails. I don't agree, but I can respect that as a personal philosophy. I take issue with the claim that faith is a higher level of understanding and that evidence based reason is somehow inferior to a conclusion arrived upon by faith. In this model of thought, the theist begins with a pre-established "fact" like a thought template or an evidence filter. The additional facts that don't fit the worldview are ignored.

The villain survives the fall down the elevator shaft. The hero jumps onto the hood of the speeding car. A man lives for three days in the belly of a giant fish. Demons are pulled from a man's body and sent into a pig. Am I expected to believe these things because they are absurd? Credo quia absurdum. Is fact really stranger than fiction? Sometimes yes. Unexplained and amazing things happen on this planet and throughout the Universe, but the Source of everything would have to have empirical, testable evidence everywhere! If the benevolent, creative force that permeates every aspect of the Universe wants us to know him so desperately, his messengers should require much less smoke. Maybe just one mirror.