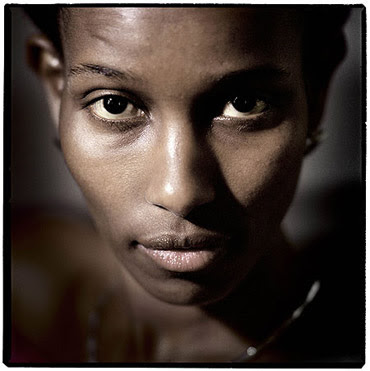 “I do not believe in God, angels and the hereafter.”

"The only position that leaves me with no cognitive dissonance is atheism. It is not a creed. Death is certain, replacing both the siren-song of Paradise and the dread of Hell. Life on this earth, with all its mystery and beauty and pain, is then to be lived far more intensely: we stumble and get up, we are sad, confident, insecure, feel loneliness and joy and love. There is nothing more; but I want nothing more."

“...Some things must be said, and there are times when silence becomes an accomplice to injustice."

“Avoiding offense means that we don't accept each other as equals.”

"Tolerance of intolerance is cowardice."

"It is always difficult to make the transition to a modern world. I moved from the world of faith to the world of reason - from the world of excision and forced marriage to the world of secual (sic) emancipation. Having made that journey, I know that one of those worlds is simply better than the other. Not because of its flashy gadgets, but fundamentally, because of its values.
The message of this book, if it must have a message, is that we in the West would be wrong to prolong the pain of that transition unnecessarily, by elevating cultures full of bigotry and hatred toward women to the stature of respectable alternative ways of life."

"Islam was like a mental cage. At first, when you open the door, the caged bird stays inside: it is frightened. It has internalized its imprisonment. It takes time for bird to escape, even after someone has opened the doors to its cage."

"Most unmarried Somali girls who got pregnant committed suicide. I knew of one girl in Mogadishu who poured a can of gasoline over herself in the living room, with everyone there, and burned herself alive. Of course, if she hadn't done this, her father and brothers would probably have killed her anyway."

"By declaring our Prophet infallible and not permitting ourselves to question him, we Muslims had set up a static tyranny. The Prophet Muhammad attempted to legislate every aspect of life. By adhering to his rules of what is permitted and what is forbidden, we Muslims supressed the freedom to think for ourselves and to act as we chose. We froze the moral outlook of billions of people into the mind-set of the Arab desert in the seventh century. We were not just servants of Allah, we were slaves."

"Infuriatingly stupid analysts - especially people who called themselves Arabists, yet who seemed to know next to nothing about the reality of the Islamic world - wrote reams of commentary [after 9/11]. Their articles were all about Islam saving Aristotle and the zero, which medieval Muslim scholars had done more than eight hundred years ago; about Islam being a religion of peace and tolerance, not the slightest bit violent. These were fairy tales, nothing to do with the real world I knew."

"...Bin Laden's quotes from the Quaran resonated in my brain: "When you meet the unbelievers, strike them in the neck." "If you do not go out and fight, God will punish you severely and put others in your place." "Wherever you find the polytheists, kill them, seize them, besiege them, ambush them." "You who believe, do not take the Jews and Christians as friends; they are allies only to each other. Anyone who takes them as an ally becomes one of them."

"Almost all the angry letters I received were from Muslims. People called me an Uncle Tom, white on the inside, a traitor to my people. All these ad hominem attacks were basically distractions from the real issue, which wasn't me - It doesn't matter who I am. What matters is abuse, and how it is anchored in a religion that denies women their rights as humans. What matters is that atrocities against women and children are carried out in Europe. What matters is that governments and societies must stop hiding behind a hollow pretense of tolerance so that they can recognize and deal with the problem."

An excerpt from an interview:


Your own life has been a case study in female subjugation. At age 5, you underwent genital mutilation under the supervision of your Somalian grandmother. Did that include stitching you shut?


Of course I had the stitch-up part. If your family is convinced that you should remain a virgin until your wedding night, they’re going to apply the approach where you get sewed.


You were expected to enter into an arranged marriage with a cousin of yours.


I just looked at him and told my father, I don’t want to marry him. He said, “My child, your presence is not required.” He went on and conducted the marriage without me.

"Submission' Part 2 never happened because the person﻿ who directed this film (Theo Van Gogh) was murdered in public & a letter was pinned to his chest by use of a dagger. The creation and expression of this video costed him his life. Ironically, the act of violence & murder of Theo Van Gogh and the death threats against Ayaan Hirsi Ali gave this film exposure all around the globe." via Loaki00
Posted by Steve at 8:00 AM

You should post "Submission", the video she did with Theo van Gogh.

Thanks for the heads up.