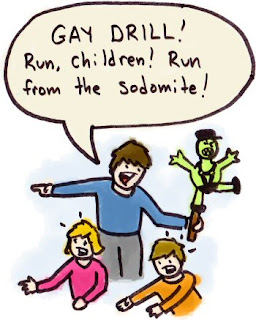 The Center Of All Things We are a tiny, insignificant speck of matter in the vast and indifferent Cosmos.  Good morning!!

Justifiable Fear of Atheism This is a response to Martin S Pribble’s Fear of Atheism.  Mr. Pribble had the good manners to promote his critic rather than just lash out.  This is a gentlemen’s game, after all.
There are so many logical fallacies in the following paragraph.  At least one per sentence by my count.

"Atheism is dangerous. It claims logic and evidence for itself, but it cannot prove its own position with either logic or evidence. Its main thesis is Materialism which is demonstrably false, being unable to prove its own tenets under its own evidentiary theory, rendering it non-coherent and irrational. Further, Atheist reasoning is post hoc rationalization, and never syllogistic deduction: so it is demonstrably irrational.”

So atheism is dangerous because it uses reason to deny a false positive yet refuses to claim proof for a negative.  The knowledge of reason without the arrogance of faith.  It must scare the blazing hell out of this guy.

How To Explain Gay Rights To An Idiot
Higgs Boson Research Explained With Cool Cartoon
BREAKING: NAACP Endorses Marriage Equality Ask yourself why this is breaking news.  You know, don’t you?
Antibiotic Overuse May Increase Superbug Evolution Rate
Historians unearth a rare Civil War site
NC Pastor: Put all the "lesbians and queers" behind a fence and wait for them to die.
Church Member Defends Pastor Worley. I Subsequently Have An Aneurysm

You see, you can’t say something is taken out of context when the entire context is hateful vitriol.  Watch how angry she gets when Anderson Cooper separates the fundamentalist adherence to scripture from the good ‘ol southern bigotry.  That’s one sly silverfox.
A Wickedly Beautiful Response to NC's Latest Gay Bashing Minister Brilliant!!
The Escapist : News : DC Says One Of Its"Iconic" Heroes Is Gay They will probably pick someone who does not have a younger sidekick to avoid pedo stereotypes. I'm guessing Plastic Man.  But only because Martian Manhunter has a funny name.
Can You Call a 9-year-old a Psychopath?
Nikola Tesla Wasn't God And Thomas Edison Wasn't The Devil


DARPA Living Foundries plans to make Synthetic Biology ten times faster and cheaper
'Artificial Leaf' Hits Development Hurdle
Our Cyborg Future: Man Embeds Magnets In Wrist To Make Strapless Watch Crazy?  Or bad-ass?  You decide.
How would the public react if Seti found evidence of alien life? Yeah, we tend to try to kill stuff we don’t understand.
My Favorite Mohammed
Group calls on Kentucky church to give up tax exemptions over anti-Obama sermon
Sean Faircloth on Mitt Romney, Liberty University & Religious "Liberty"
A Message to Girls About Religious Men Who Fear You “If you were not powerful, they would not take you so seriously and they take you very, very seriously. You should, too. You can set the world on fire.”
The Religious Extremists Who Want to Ban the Internet A mis-named article.   They really want to censor the internet  within their own community.  The funny part is the amount of technology used to coordinate the event.
The Urge to Sext Naked Self-Portraits Is Primal The urge to ignore other people in the room to chat with strangers from the other side of the planet is fairly new.
Hidden Epidemic: Tapeworms Living Inside People's Brains
Sam Harris on Libertarianism
Anti-intellectualism is taking over the US Book banning continues in Arizona schools.  If only I had a list of banned books when I was a teenager.  I would be much more cultured now.


Can Believers and Atheists Work Together?
'How To Tell You're An Atheist' by Daniel Dennett
Will Smith's Son Asks Obama About Aliens
Apostasy: Feelings of Loss & Liberation – By Troythulu