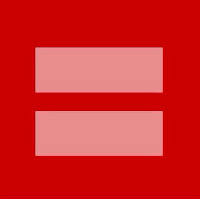 Wouldn’t it be great if there were only one dictionary?  You could make it available online and everybody could agree on the definitions of words.  Sure, new things are invented every now and then but the advertising agencies of the world can just use the words we have with literal meanings for their products.  Honestly, do we need to call a book reading machine a Kindle?

dl/ Show Spelled [kin-dl] Show IPA verb, kin·dled, kin·dling.
verb (used with object)
1. to start (a fire); cause (a flame, blaze, etc.) to begin burning.
2. to set fire to or ignite (fuel or any combustible matter).
3. to excite; stir up or set going; animate; rouse; inflame: He kindled their hopes of victory.
4. to light up, illuminate, or make bright: Happiness kindled her eyes.

I see no valid reason for people to have to endure the redefinition of the word kindle just to please a minority of the population who don’t want to read books written on paper.  What is wrong with the traditional meaning of the word?  Now, when I want to start a fire I have to use a different word or people wont know that I am starting a fire in the traditional sense.  How am I supposed to teach my children the subtle art of igniting combustible matter now that I have to explain that other people use the terminology for their own sinister ends.


This is an over-elaborate point but I feel the need to make it because the “re-definition of marriage” is the singular secular argument against same-sex marriage that is not rooted in religious ideology or erroneous (if not blatantly falsifiable) scientific research.

This is the only argument that an intellectually honest group or individual can make to entreat a secular government to make a decision based on the civil rights of its own citizens.

I understand that the majority of religious people believe that marriage is a contract before God and their families that they have chosen one person with whom to spend the rest of their life.  I don’t need to believe in a God to understand that.  But the Supreme Court is not making a decision about God, they are making a decision about law.  Marriage has always been a social contract.  It evolved into a legal contract and remains so in every culture that has legal contracts.  I was married in on the beach in Mexico ten years ago.  Actually, I was married in Quintano Roo in a little office when I signed the contract in front of the official.  A priest performed our ceremony later that day.  Steve was there, warding off Europeans in Speedos (thanks bro).  The priest did not seem to care that it was an interracial marriage but we would not have forced him to perform the ceremony if he objected, citing the Curse of Ham.

I have not read every article on the subject, but I have never heard of an LGBT couple expressing a desire to force a church to officiate their wedding.  I can’t imagine gaining any satisfaction from having the happiest day of your life officiated by someone who is about to vomit all over your “sinful union.”  This is not about the religious liberties of the majority.  This is about the human and civil rights of a minority.  Freedom does not mean that your offense is my responsibility.  It does not permit one group to have ultimate authority over the lexicon.  The definition of a word has nothing to do with the civil rights of two adults who wish to have the same legal rights as everyone else.  And by “civil rights” I mean:

plural noun ( often initial capital letters  )
1.
rights to personal liberty established by the 13th and 14th Amendments to the U.S. constitution and certain Congressional acts, especially as applied to an individual or a minority group.


We don’t need to re-define those words.  Does it really matter if we change another definition?  In 2006 we changed the meaning of the word “planet” and western civilization has continued, unfazed.  What we are really redefining is the ability of a few vocal groups of people to site their religious beliefs and their personal sexual preferences as the basis of law for the whole country.

The Supreme Court may not make same-sex marriage legal this year.  But they will eventually, and America will look the same the next day.  God will be as silent on this issue as he is on every other.  This vote is about people in modern society.  Modern culture.  Modern families.  This vote will be the pride or the embarrassment of our children. This will validate the families of millions of children who are already being raised by same sex parents.  This will validate the parenting of millions of “traditional families” who are raising their children to live without hate.  The true majority of Americans are in favor of same sex marriage, but that is not what makes it the moral choice.  The morality is inherent in the word “equality.”  Look it up.
Posted by Adam at 2:05 PM

Of course there's nothing wrong with changing a word's definition.
We can also add a new definition. Happens all the time.