Filling the Gaps: Why Hawking is More Dangerous than Dawkins 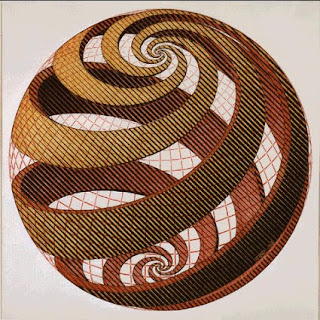 
An over-simplification of a complex theory: About 30 years ago, Stephen Hawking and Roger Penrose posited the theory that the universe began with an infinitesimally small point with infinite mass density. The "Bang" was what Hawking called The Singularity. This was based on Einstein's Theory of Relativity. At this time Hawking did not rule out a Prime Mover setting this into motion. The frequently quoted last line of A Brief History of Time has had believers counting him on their side for decades: "However, if we discover a complete theory, it should in time be understandable by everyone, not just by a few scientists. Then we shall all, philosophers, scientists and just ordinary people, be able to take part in the discussion of the question of why it is that we and the universe exist. If we find the answer to that, it would be the ultimate triumph of human reason -- for then we should know the mind of God." Hawking's meaning by this passage has been mis-represented almost as much as Albert Einstein: "It was, of course, a lie what you read about my religious convictions, a lie which is being systematically repeated. I do not believe in a personal God and I have never denied this but have expressed it clearly. If something is in me which can be called religious then it is the unbounded admiration for the structure of the world so far as our science can reveal it". (The Human Side 1954).  Hawking has since refuted his original claim. Relativity is incompatible with Quantum Mechanics (or, rather, we do not have a cohesive model that can incorporate both theories). I'd like to point out that this is the best part of science. It is open to revision as additional facts come to light. Someone with the credibility of Hawking can come out and contradict himself without losing the respect of his peers because it shows his intellectual honesty. Hawking believes that M-Theory may lead to the explanation for the universe. M-Theory is a concept born from the advanced understanding of the existing string theories. It is essentially the theory that connects the five different string theories together, while also considering 11 dimensions. Colloquially, this has been called the Theory of Life, The Universe and Everything (see 42). Further, this theory goes against our natural tendency to think of the universe beginning at some fixed point in time. A flipping of the cosmic switch. Time does not exist before the universe began. Lawrence Krauss explains in an interview here how the positive particle energy and negative gravitational energy balance out. Essentially explaining how the universe can be born from "nothing". Hawking began discussing the possibility of science answering the big question in 2006 at a conference on the same day that the pope asked scientists not to explore this subject. Not everyone agrees with the science. Not everyone understands the science. I will admit to being mostly self-taught in this area. The science itself is not the dangerous part. This book is a scientific event that spawns a philosophical debate about the very nature of reality. Reality has been in the clutches of the faithful since the beginning of time (you know what I mean). Dr. David Wilkinson's arguments [taken apart by Dawkins here]] levels a decent philosophical argument with his three major problems with the theory: "One would be the the purpose of the universe. Although science might discover the mechanism, we are still left with the question of what is the purpose.'Second is where the laws of physics come from. Science subsumes the laws but we are still left with the question of where the laws come from.'Third is the intelligibility of the universe. It strikes me as interesting that Stephen Hawking can make it intelligible. Albert Einstein once said that the most incomprehensible thing about the universe is that it is comprehensible. For many of us who are struck by the intelligibility of the physical laws, the explanation is that the creator is the force of rationality both for the universe and for our minds." The answers to these protests are at the heart of the danger for theology. First we must assume that the universe has a purpose. To that, I say: Does it need one? Second, the laws are the properties of the system. If the system were different, the laws would be different. In this reality, water is wet. Third is the real problem. Our ability to understand our environment is no more proof of a divine hand than our inability to understand it in the past was proof that there was magic all around us. This position lends itself to the belief that the universe is perfectly arranged for life to exist. The enormous blind spot here is that a different cosmic environment could support a different type of life. This planet was not made for us. Take the opposite and remove the intent. This isn't rocket science here - just quantum mechanics.


The only god that can be left to reason is a god of the gaps.The overwhelming evidence of evolution has removed most of the rational argument from the opposition. Even The Vatican has admitted that evolution is not incompatible with Christianity because they cannot deny that it is true. Our continued understanding of the method by which life emerges has pushed a creator god right up to the unexplained catalyst of DNA. In astrophysics, a cosmic button-pusher is so far removed from the Abrahamic or Islamic God that even the name seems to fall into lower-case. It becomes a god. The belief in a personal god who answers prayers, scores touchdowns and gives brain cancer to infants does not seem necessary. Hawking answers the question of why by stating that the laws of gravity make the creation of a universe inevitable. Theists will reject this because it does not tell them what our purpose is. We do not need the continuous rational gymnastics to explain the purpose/plan behind random events. A Theory of Everything may be able to decode the patterns and probabilities. To predict what we now call random events. It will tell us the why, but not our purpose. That is still up to us. This is an abyss that most of us don't want to stare into. But if anyone is staring back, its not a god.
Posted by Adam at 1:55 AM