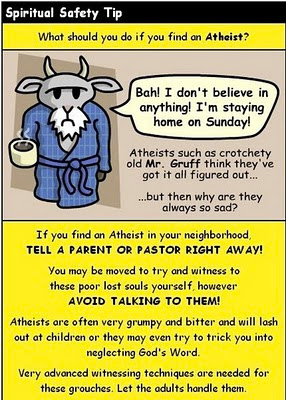 The Tree of Life Diagram

Fear and Favor: "...Fox News seems to have decided that it no longer needs to maintain even the pretense of being nonpartisan."

The Neurobiology of Evil

Fox News: Did the Bible Predict the Global Economic Meltdown? Is this a joke?  Really?  I refuse to believe this was on a major news network.  What’s that?  It was on Fox?  Oh.

Newly Declassified Documents Show Bush Administration Looked For Excuse To Start War In Iraq In Nov. 2001 – I am surprised they didn’t list “to stop Gog and Magog” on there.

Communion?  No thank you.

Anthropologists adopt a more favorable view of Neanderthals - This is the work of the insidous Neaderthal lobbyists who control EVERYTHING!

Yeah! That’s right! You tell that Tea Party what’s what!

Do Not Pity the Democrats - I really do not know what to think about this.  Do I agree with it? For the most part - yes, but it scares the shit out of me.

Fact Checking the Republicans “Pledge to ” – This does not surprise me in the least, but that “Do Not Pity the Democrats” article really ruined my morning.
Sam Harris on The Daily Show