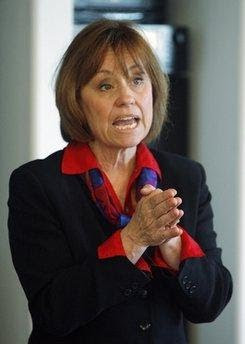 
"I think that two wrongs don't make a right. And I have been in the situation of counseling young girls, not 13 but 15, who have had very at risk, difficult pregnancies. And my counsel was to look for some alternatives, which they did. And they found that they had made what was really a lemon situation into lemonade." -Sharron Angle, explaining why she is against abortion even in cases of rape or incest, July 8, 2010

"I hope that's not where we're going, but you know if this Congress keeps going the way it is, people are really looking toward those Second Amendment remedies and saying my goodness what can we do to turn this country around? I'll tell you the first thing we need to do is take Harry Reid out." Sharron Angle- interview with Lars Larson, January 2010

"And these programs that you mentioned -- that Obama has going with Reid and Pelosi pushing them forward -- are all entitlement programs built to make government our God. And that’s really what’s happening in this country is a violation of the First Commandment. We have become a country entrenched in idolatry, and that idolatry is the dependency upon our government. We’re supposed to depend upon God for our protection and our provision and for our daily bread, not for our government." -April 21 interview with TruNews Christian Radio's Rick Wiles

"You know, this is a war of ideology, a war of thoughts and of faith. And we need people to really stand for faith and trust, not hope and change."

Let's consider a scenario where the word "Autism" requires air quotes.
Posted by Adam at 8:00 AM