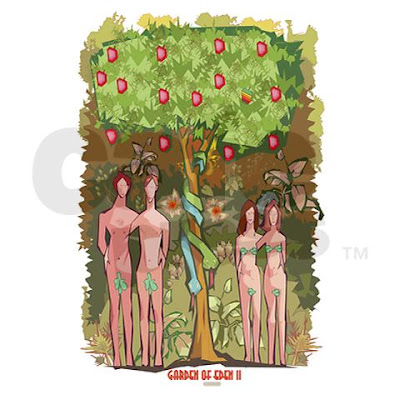 The American Psychological Association (APA) listed homosexuality as a mental disorder in the first edition of the American Psychiatric Association's Diagnostic and Statistical Manual of Mental Disorders (DSM-I) in 1952. By 1987, the APA removed homosexuality as a sexual disorder from the DSM-IV in light of three decades of research and the strength of the Gay Rights Movement. Not everyone was convinced...


Even now 24 years later, the cultural landscape is still riddled with claims that homosexuality is a mental illness. Claims abound that gays are miserable people who are living hollow, unfulfilled lives.  Tony Perkins of the Family Research Council has cited the high rate of gay teen suicidality as proof that gays are mentally unstable or as he calls it “abnormal.”  In 2010 he tells NPR:

"There's no correlation between inacceptance of homosexuality and depression and suicide...”“These young people who identify as gay or lesbian, we know from the social science that they have a higher propensity to depression or suicide because of that internal conflict."

In the real world, the rate of depression and anxiety for gay youth is much more rooted in environmental aspects. More specifically, these symptoms are associated with the feeling of perceived exclusion and abandonment from family and community.  Perkins is either deliberately misrepresenting gay youth or he has no understanding of the pressure that can be imposed on a young person who is discovering their sexuality in an environment that is intolerant.  For those who accept homosexuality as part of their identity this setting can be toxic to what they know themselves to be.  A recent study of 32,000 students found a higher rate of teen suicide in conservative areas, and in schools without LGBT support systems and anti-bullying policies.


Naturally, the majority of this disapproval comes from religion, or more specifically religious people. The actual texts are much more ambiguous on the topic of homosexuality than we are led to believe by many religious leaders. Jesus had nothing to say about it incidentally, but all of his talk about Hell didn’t help matters. Why is the concept of same sex attraction so offensive to theists?


My belief is that for the theist, the concept of naturally occurring same-sex attraction contradicts the concept of man as a creature created in God’s image. They cannot square the circle of attraction to another of the same sex as a natural phenomenon.  They appear to make the logical leap that if something does not feel natural to them, then the attraction itself is unnatural.  Another school of bigoted thought states that sexual impulses are animal instincts to be overcome.  Lust and desire are incompatible with piety and righteousness. This is the reason they view homosexuality as a behavior or a lifestyle choice. To state that it is an orientation or an aspect of the complicated system of drives that inform attraction, or (worse yet) love, is to acknowledge that it is a natural state.  To admit that one can be born with a predisposition that religion tells us is sinful and punishable by eternal torment is to admit that the system is imperfect.  Either God is cruel and indifferent, or He made a gay mistake.


Even some of the more liberal/progressive theists have difficulty with this.  If you are among the 20% who believe in God-guided evolution, that would imply that homosexuality is a part of God’s image, or at the very least, part of the Divine Plan.  It is easier to call it a choice.
The practical problem with the premise that same sex attraction is a behavior is the belief that it can be “cured.” There has been some talk in the media lately about Conversion or Reparative Therapy. It has been around in some form since the early ages of psychoanalysis. Sigmund Freud discussed it in a 1920 paper “The Psychogenesis of a Case of Homosexuality in a Woman” and initially thought that it could be cured by hypnotic suggestion. He later stated that that the best possible results would be making heterosexual feelings possible. Eugen Stein, a Viennese endocrinologist attempted to transplant testicles from straight men into gay men. This did not end well as the human immune system rejects transplanted glands. Other early techniques involved shame aversion, systematic desensitization, arousal reconditioning, connecting electrodes to the subject's genitals and pairing nausea-inducing chemicals with same-gender sexual images to promote negative association.


One of the strongest modern advocates of Conversion Therapy is the National Association for Research & Therapy of Homosexuality (NARTH). Founded in 1992 by Joseph Nicolosi, Benjamin Kaufman, and Charles Socarides. A few things to note about Modern Conversion Therapy:

Most modern therapies revolve around attempting to address unresolved issues with parental figures for not presenting traditional gender roles. The personality paradigm that is used is the picture of the absent father, or the overbearing mother. Patients are encouraged to embrace traditional gender roles. Naturally, there is also a lot of praying.
One undercover conversion therapy spy reported this experience:


During that weekend, I watched, horrified, as retreat staff handed a fellow attendee a baseball bat and instructed him to beat his dad to death in effigy. That was just one piece of a bizarre weekend that included "healing touch therapy" and strange attempts to force men to deal with their "mother issues." In one such exercise, I held back laughter after removing a blindfold to find that camp staff had strewn panties, tampons, and lipstick on the floor in front of us. They told us to pick up one item and share what that item meant to us.


Why would anyone wish to endure this? Most seekers of Conversion Therapy are highly religious and cannot reconcile their faith and their homosexuality. Beyond the societal stigma, these individuals face a message from their faith that they are deviant and sinful and unworthy of salvation. Some face the added guilt of anger at their perceived Creator for instilling in them a natural inclination that carries the threat of eternal damnation if acted upon. There are also several children who are sent to “camps” that employ these techniques in addition to extreme social and emotional pressure. The measurement of success in these therapies is often based in the individuals self-report of attraction to the opposite sex. It is questionable how many patients began the therapies as bi-sexual. Those who report to have been “cured” often report the ability to control the same sex attractions -- much like the way an addict suppresses the desire to drink. Once again the goal is suppression of the impulse to exhibit a set of behaviors. It is also worth noting that many of the converted act as motivational speakers for the cause. This obviously lessens the likelihood of a public admission of same-sex attraction.


In 1997 the APA passed a resolution regarding the ethical concerns of Reparative Therapy. The four principles are:

In 2009 the APA created a Task Force to investigate the legitimacy of Reparative Therapy as a field of study, to measure the success rate and to comment on the ethical implications of the treatment. They stated:


[T]he American
Psychological Association concludes that the benefits
reported by participants in sexual orientation change
efforts can be gained through approaches that do not
attempt to change sexual orientation;


The religious right appears to have a campaign against homosexuality on several fronts with same-sex marriage equality being the most recent focus of the movement. The Christian Right’s claim that children are being indoctrinated to accept the gay lifestyle is a thinly veiled attempt to conceal the visceral fear that children will “catch the gay” if they think it is normal. This is because in spite of overwhelming evidence, they refuse to admit that it is not simply a behavior. A choice can be changed. Something as complex as sexual orientation is simply too intrinsic to a person’s identity to be written off as “sin.”  Even if it were a choice...Given the scale and scope of human thoughts and emotions, someone out there has chosen to be gay.  We still need to consider the predisposition that would compel an individual to actually make that choice.  You cannot will yourself to be attracted to someone inconsistent with your personal preferences without other powerful forces at work. The statistical failure of conversion therapy is evidence enough of that.


Acknowledgement of homosexuality as a natural state challenges the naturalistic worldview of humanity being made in God’s image and part of a divine plan. The theist is forced to examine the possibility that nature does not always make sense. That evolutionary traits do not always exist simply for the sake of reproduction of the species. The true process of evolution is blind and purposeless.  To the believer: Would you consider accusing a left-handed person of immorality?  After all, I could force myself to write with my right hand.  It would just feel unnatural.  If you don’t assume that the individual is at fault, then you have to ask yourself if this is part of God’s image. Or perhaps your perfect God made a mistake?

Tony Perkins is a closeted gay man who is a member of a well-documented hate group.

Quoting him accomplishes nothing.

I quoted him to give an example of anti-gay hate speech.
I don't actually care if he is a closeted gay man.

Tony Perkins promotes a world view that homosexuality is an immoral abnormality of the mentally unstable.

It is not surprising someone who preaches hate belongs to a group that does the same thing. But neither his association with like minded individuals nor any personal struggles is relevant to a discussion of what he says and what the potential impact those statements could be.