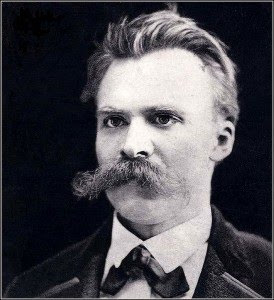 Faith means not wanting to know what is true.

In Christianity neither morality nor religion come into contact with reality at any point.

Sins are indispensable to every society organized on an ecclesiastical basis; they are the only reliable weapons of power; the priest lives upon sins; it is necessary to him that there be "sinning."

Which is it, is man one of God's blunders or is God one of man's?

If the Christian dogmas of a revengeful God, universal sinfulness, election by divine grace and the danger of eternal damnation were true, it would be a sign of weak-mindedness and lack of character not to become a priest, apostle or hermit and, in fear and trembling, to work solely on one's own salvation; it would be senseless to lose sight of one's eternal advantage for the sake of temporal comfort. If we may assume that these things are at any rate believed true, then the everyday Christian cuts a miserable figure; he is a man who really cannot count to three, and who precisely on account of his spiritual imbecility does not deserve to be punished so harshly as Christianity promises to punish him."

Christianity has done its utmost to close the circle and declared even doubt to be sin. One is supposed to be cast into belief without reason, by a miracle, and from then on to swim in it as in the brightest and least ambiguous of elements: even a glance towards land, even the thought that one perhaps exists for something else as well as swimming, even the slightest impulse of our amphibious nature -- is sin! And notice that all this means that the foundation of belief and all reflection on its origin is likewise excluded as sinful. What is wanted are blindness and intoxication and an eternal song over the waves in which reason has drowned.

A casual stroll through a lunatic asylum shows that faith does not prove anything.

"God", "immortality of the soul", "redemption", "beyond" -- Without exception, concepts to which I have never devoted any attention, or time; not even as a child. Perhaps I have never been childlike enough for them? I do not by any means know atheism as a result; even less as an event: It is a matter of course with me, from instinct. I am too inquisitive, too questionable, too exuberant to stand for any gross answer. God is a gross answer, an indelicacy against us thinkers -- at bottom merely a gross prohibition for us: you shall not think!

After coming into contact with a religious man I always feel I must wash my hands.

Christianity was from the beginning, essentially and fundamentally, life's nausea and disgust with life, merely concealed behind, masked by, dressed up as, faith in "another" or "better" life.

The only excuse for god is that he doesn't exist.
Posted by Adam at 8:00 AM