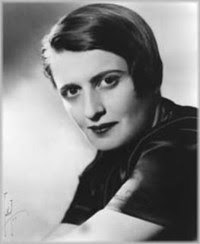 There has never been a philosophy, a theory or a doctrine, that attacked (or 'limited') reason, which did not preach submission to the power of some authority.
"Religion is a primitive form of philosophy, [the] attempt to offer a comprehensive view of reality." The Objectivist Feb 1966 WMail Issue #5

For centuries, the mystics of spirit had existed by running a protection racket - by making life on earth unbearable, then charging you for consolation and relief, by forbidding all the virtues that make existence possible, then riding on the shoulders of your guilt, by declaring production and joy to be sins, then collecting blackmail from the sinners. [Ayn Rand, For the New Intellectual]

Faith is the worst curse of mankind, as the exact antithesis and enemy of thought.

If you get caught at some crucial point and somebody tells you that your doctrine doesn't make sense - you're ready for him. You tell him there's something above sense. That here he must not try to think, he must feel. He must believe. Suspend reason and you can play it deuces wild. [Ayn Rand, The Fountainhead]

Playboy: Has no religion, in your estimation, ever offered anything of constructive value to human life?
Ayn Rand: Qua religion, no - in the sense of blind belief, belief unsupported by, or contrary to, the facts of reality and the conclusions of reason. Faith, as such, is extremely detrimental to human life: it is the negation of reason. But you must remember that religion is an early form of philosophy, that the first attempts to explain the universe, to give a coherent frame of reference to man's life and a code of moral values, were made by religion, before men graduated or developed enough to have philosophy. And, as philosophies, some religions have very valuable moral points. They may have a good influence or proper principles to inculcate, but in a very contradictory context and, on a very - how should I say it? - dangerous or malevolent base: on the ground of faith. [Playboy interview with Ayn Rand]

Are you in a universe which is ruled by natural laws and, therefore, is stable, firm, absolute - and knowable? Or are you in an incomprehensible chaos, a realm of inexplicable miracles, an unpredictable, unknowable flux, which your mind is impotent to grasp? The nature of your actions - and of your ambition - will be different, according to which set of answers you come to accept.

(The Doctrine of Original Sin) declares that (man) ate the fruit of the tree of knowledge - he acquired a mind and became a rational being. It was the knowledge of good and evil - he became a moral being/ He was sentenced to earn his bread by his labor - he became a productive being. He was sentenced to experience desire - he acquired the capacity of sexual enjoyment. The evils for which (the preachers) damn him are reason, morality, creativeness joy - all the cardinal values of his existence.

[T]he only real moral crime that one man can commit against another is the attempt to create, by his words or actions, an impression of the contradictory, the impossible, the irrational, and thus shake the concept of rationality in his victim.

Definitions are the guardians of rationality, the first line of defense against the chaos of mental disintegration.

To rest one's case on faith means to concede that reason is on the side of one's enemies- that one has no rational arguments to offer.

Thinking men cannot be ruled.
Posted by Adam at 8:00 AM

Through the selective reading of Ayn Rand (whom I despise) and the Bible (same), the right-wing somehow manages to mesh them both into a concentrated amalgam of bullshit.