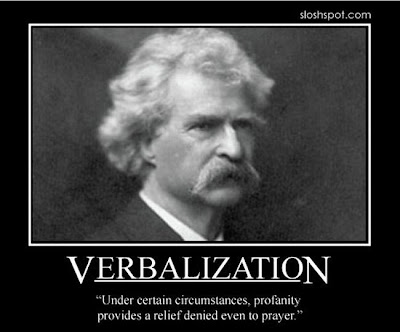 I do not fear death. I had been dead for billions and billions of years before I was born, and had not suffered the slightest inconvenience from it.
A man is accepted into a church for what he believes and he is turned out for what he knows.
It ain’t the parts of the Bible that I can’t understand that bother me, it is the parts that I do understand.
There are those who scoff at the school boy, calling him frivolous and shallow. Yet it was the schoolboy who said, "Faith is believing what you know ain't so."

One of the proofs of the immortality of the soul is that myriads have believed in it. They have also believed the world was flat.

The gods offer no rewards for intellect. There was never one yet that showed any interest in it.

Jesus died to save men -- a small thing for an immortal to do, & didn't save many, anyway; but if he had been damned for the race that would have been act of a size proper to a god, & would have saved the whole race. However, why should anybody want to save the human race, or damn it either? Does God want its society? Does Satan?

Let me make the superstitions of a nation and I care not who makes its laws or its songs either.

If the cholera or black plague should come to these shores, perhaps the bulk of the nation would pray to be delivered from it, but the rest would put their trust in The Health Board.
I cannot see how a man of any large degree of humorous perception can ever be religious -- unless he purposely shut the eyes of his mind & keep them shut by force.
Posted by Adam at 8:00 AM