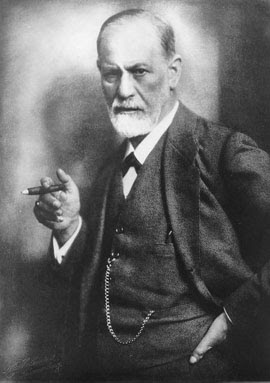 Neither in my private life nor in my writings, have I ever made a secret of being an out-and-out unbeliever.

It would be very nice if there were a God who created the world and was a benevolent providence, and if there were a moral order in the universe and an after-life; but it is a very striking fact that all this is exactly as we are bound to wish it to be.

The idea of God was not a lie but a device of the unconscious which needed to be decoded by psychology. A personal god was nothing more than an exalted father-figure: desire for such a deity sprang from infantile yearnings for a powerful, protective father, for justice and fairness and for life to go on forever. God is simply a projection of these desires, feared and worshipped by human beings out of an abiding sense of helplessness. Religion belonged to the infancy of the human race; it had been a necessary stage in the transition from childhood to maturity. It had promoted ethical values which were essential to society. Now that humanity had come of age, however, it should be left behind.

Our knowledge of the historical worth of certain religious doctrines increases our respect for them, but does not invalidate our proposal that they should cease to be put forward as the reasons for the precepts of civilization. On the contrary! Those historical residues have helped us to view religious teachings, as it were, as neurotic relics, and we may now argue that the time has probably come, as it does in an analytic treatment, for replacing the effects of repression by the results of the rational operation of the intellect.

The psychoanalysis of individual human beings, however, teaches us with quite special insistence that the god of each of them is formed in the likeness of his father, that his personal relation to God depends on his relation to his father in the flesh and oscillates and changes along with that relation, and that at bottom God is nothing other than an exalted father.

The true believer is in a high degree protected against the danger of certain neurotic afflictions; by accepting the universal neurosis he is spared the task of forming a personal neurosis.

In the long run nothing can withstand reason and experience, and the contradiction religion offers to both is only too palpable.

The rest of our enquiry is made easy because this God-Creator is openly called Father. Psycho-analysis concludes that he really is the father, clothed in the grandeur in which he once appeared to the small child.

Religion is an illusion ... it derives its strength from the fact that it falls in with our intellectual desires.

The whole thing is so patently infantile, so foreign to reality, that to anyone with a friendly attitude to humanity it is painful to think that the great majority of mortals will never be able to rise above this view of life.
Posted by Adam at 8:00 AM