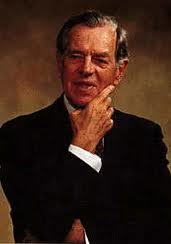 "Myth is what we call other people's religion."

"What gods are there, what gods have there ever been, that were not from man's imagination?"

"Life is like arriving late for a movie, having to figure out what was going on without bothering everybody with a lot of questions, and then being unexpectedly called away before you find out how it ends."

"All religions are true but none are literal."

"Life has no meaning. Each of us has meaning and we bring it to life. It is a waste to be asking the question when you are the answer."

"We're so engaged in doing things to achieve purposes of outer value that we forget the inner value, the rapture that is associated with being alive, is what it is all about."

“People say that what we are all seeking is a meaning for life. I don't think that's what we're really seeking. I think that what we're seeking is an experience of being alive, so that our life experiences on the purely physical plane will have resonances within our own innermost being and reality, so that we actually feel the rapture of being alive.”

“God is a metaphor for that which transcends all levels of intellectual thought. It's as simple as that.”

"God is the experience of looking at a tree and saying, 'Ah!"

"The first step to the knowledge of the wonder and mystery of life is the recognition of the monstrous nature of the earthly human realm as well as its glory, the realization that this is just how it is and that it cannot and will not be changed. Those who think they know how the universe could have been had they created it, without pain, without sorrow, without time, without death, are unfit for illumination."

"Half the people in the world think that the metaphors of their religious traditions, for example, are facts. And the other half contends that they are not facts at all. As a result we have people who consider themselves believers because they accept metaphors as facts, and we have others who classify themselves as atheists because they think religious metaphors are lies."

"If you can see your path laid out in front of you step by step, you know it's not your path. Your own path you make with every step you take. That's why it's your path."

"Instead of clearing his own heart the zealot tries to clear the world."

“Too many of our best scholars, themselves indoctrinated from infancy in a religion of one kind or another based upon the Bible, are so locked into the idea of their own god as a supernatural fact -- something final, not symbolic of transcendence, but a personage with a character and will of his own - that they are unable to grasp the idea of a worship that is not of the symbol but of its reference, which is of a mystery of much greater age and of more immediate inward reality than the name-and-form of any historical ethinic idea of a deity, whatsoever ... and is of a sophistication that makes the sentimentalism of our popular Bible-story theology seem undeveloped.”

"Myth is much more important and true than history. History is just journalism and you know how reliable that is."

The two greatest works of war mythology in the west ... are the Iliad and the Old Testament.... When we turn from the Iliadand Athens to Jerusalem and the Old Testament [we find] a single-minded single deity with his sympathies forever on one side. And the enemy, accordingly, no matter who it may be, is handled...pretty much as though he were subhuman: not a "Thou" but an "It."

“Read myths. They teach you that you can turn inward, and you begin to get the message of the symbols. Read other people's myths, not those of your own religion, because you tend to interpret your own religion in terms of facts -- but if you read the other ones, you begin to get the message. Myth helps you to put your mind in touch with this experience of being alive. Myth tells you what the experience is.”

"I don't have to have faith, I have experience."

Joesph Campbell was one of the greatest intellectuals who ever lived. I'm sad that I only found out about the man the year after he died.