Where Did All The Theists Go? 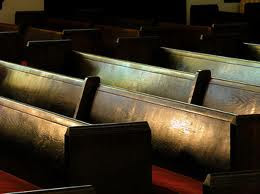 "There is a war on religion."


“Radical Secularism is a grave threat to faith”

The latter quote is a paraphrase from the Pope.  The former: well, let’s just limit it to every Fox News person who gets to be on camera.


Atheism is on the rise. Secularism continues to retain public support. Americans are becoming more tolerant as the culture celebrates diversity. It appears from my little corner of the world/Internet that people are becoming more tolerant of differing views and lifestyles. I say tolerant because that’s actually what they mean when they say that there is a war on religion.  It’s not their fault.  They tend to think that every dissenting opinion is a war on their worldview.  A coming war on their worldview is written into the theology, after all.  If there were a war, they would be losing.  There is evidence that church attendance is decreasing rapidly. Individuals are questioning the faith they were raised with. People's self-reporting of religiosity reveals a decline. The rise in religious fundamentalism, if nothing else indicates a growing fear that deeply held religious convictions are being threatened. This perceived threat may not be rooted in reality. Reality, of course is a relative term when speaking with religious fundamentalists (ZING!). Where are the faithful going? Is God dead yet?  Well no. Not exactly. It's just that Americans bore easily.

What would happen if the world religions were gone? Would mankind really outgrow the ancient superstitions and replace the fairy tales with logic? I doubt it. The masses are not giving up on a belief in the supernatural. They have just changed brands. Compare the New Age section of a book store in 2012 to the same section just a few years ago. You will see a tremendous increase. Atheists love to point out the mass exodus of people leaving organized religions. Those people who now identify as "no religious preference" on the census are not all sitting in leather chairs drinking Johnny Walker Black and reading god Is Not Great. They are reading “Love Wins,” "The Shack" and "The Secret" (note: don’t click the last link unless you really need to - It will make your brain hurt).  They are embracing Pantheism or Liberal Theology. They are still getting their fix of unsubstantiated claims and confirmation bias. They are still reading horoscopes and watching Deepak Chopra interviews. They’re calling themselves “spiritual.”


I would like to think that the co-workers of mine who put up with my astute observations of religion and politics actually share my views about the god concept and the afterlife, but the truth is they probably just tolerate me the same way they tolerate the not-too-preachy Christian. The average "no preference" person has not embraced atheism, or antitheism, or even agnosticism. They have just rejected traditional, organized religion.  These are people who stopped going to church because they could not overcome the cognitive dissonance of a fellow human speaking with certainty about the "Mind of God." The claims of organized religion simply cannot withstand the reality that most people live in. The average moderately educated person cannot force themselves to believe that a man lived for three days in the belly of a large sea creature. Or that all the animals upon the Earth were shoved into a boat measuring 450’ x 75’ x 45’. Or that two people populated the whole Earth. Many are tired of being told what to believe about gays, science, liberals, other religions, sex, etc. The physical landscape has shifted as well. Home Depot is open on Sunday mornings these days and that basement isn't going to drywall itself. In American culture, freedom means doing what we want without being made to feel too guilty about the choices we make. Individual “freedom” is spoon-fed just as as much as religion and it’s much easier to swallow. It's too simple to paint this with a broad brush and say that Americans are becoming more logical and educated. There is more exposure to alternate ideas and worldwide attention (and outrage) is granted to outspoken atheism. This is the reason that religious ideologues like Rick Santorum rail against higher education as "indoctrination mills" of secular worldviews. There is a clear correlation between education and decreased religiosity. There is also a connection between exposure to alternate viewpoints and openness to experience and liberal ideology. These are just a few examples of why people are rejecting their church. This does not explicitly mean that they are jumping into the black, soulless void of atheism (with us).
Many of the liberal or moderate Christians complain about not being able to relate to the loudmouthed fundamentalists that seem to be infiltrating schools and courtrooms. These are regular people. Regular people who are disgusted by the epidemic of sexual abuse in religious institutions. Regular people who are becoming embarrassed by many of the words and actions of the “religious people” who represent them. Regular people who believe in God...or something. Anything. Even if most of them don’t want to give it more thought than that. When asked, most will say that they believe for evidential reasons, but that they think other people believe for comfort. If the major religions all disappeared, I firmly believe that they would be replaced with some other irrational, instinctive ideology. We have been engineered by that stumbling evolution into pattern-seeking animals. When no pattern emerges, we create one—or many. We project our hopes and fears into whatever corners of our perception remain dark. When we reason past old superstitions it is only because we see new patterns that are too persistent to ignore. Many of those dark corners are filled with the god of the gaps, but not for long. A vain and insecure god, does not apply to the modern view of a creator of the universe. The tribal war god does not fit our modern morality. The vengeful, wrathful god does not mirror our views of fairness and equality. The Abstract God still fits into those areas of knowledge that are obscured. That god may even prevail past the the day when we truly unlock the quantum world. The “spiritual people” will remain when the purists are long gone. I’m thinking the “no preference” people who believe in a “higher power” will be less willing to kill for it.  I imagine that they won’t fly into a fury at the mention of atheism though. They’ll be used to it by then.  I won’t mind sharing the planet with them either.
Posted by Adam at 8:00 AM