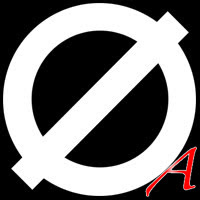 We reject supernaturalism. We reject theism. We reject religion.
We reject the false and unnecessary premise of a supreme being that created the universe, Earth, and humanity. To think that we are the center of it all is simply hubris. We reject the logical possibility of an omnipotent, omnipresent, omniscient, and omnibenevolent deity. These characteristics are inherently incompatible and illogical in unison. We reject the idea that morality is divine law and only possible through a deity. This concept breeds antagonism, intolerance, and bigotry. Additionally, coerced morality is no morality at all. We reject that belief in the supernatural and deities, is the default belief system. Individuals are no more intrinsically Jewish, Christian, Muslim, Hindu, Shinto, etc. than they are a fan of a particular sports team. The majority of an individual’s religious beliefs are the direct result of what religion they were born into and purposely instilled with.  Familial and peer pressure, indoctrination and immoral threats of eternal punishment play an integral role in the inability of some to think otherwise and accept objective reality.  We reject faith as a means to form a comprehensive understanding of the universe. Faith is belief without proof of, or in spite of, evidence. Faith is ignorance. Blind faith is dangerous.

We assert that while not everything can be known there are natural explanations for phenomena and a lack of answers is not a reason to assign a more improbable answer for which there is no evidence. We assert that humanity can be moral and just, independent of and with greater equality than outdated, ancient, superstitious morals and laws that are barbaric, hateful, harmful, and destructive. We assert that the modern morality that we all enjoy owes more to secular Enlightenment than Biblical or any other religious teachings. We assert that secular government, education, and scientific research are essential to peace, prosperity and progress. We assert that freedom of religion includes the freedom from religion. These secular ideals must be upheld to protect all people, religious and irreligious alike, from fundamentalism and extremism.

We are godless. We are good. We are everywhere.

*This was originally a post for the National Day of Reason. Now it is our default "About" page.