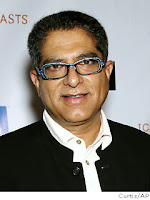 “It never occurs to skeptics that a sense of wonder is paramount, even for scientists. Especially for scientists.”
“No skeptic, to my knowledge, ever made a major scientific discovery or advanced the welfare of others. Typically they sit by the side of the road with a sign that reads “You’re Wrong” so that every passerby, whether an Einstein, Gandhi, Newton, or Darwin, can gain the benefit of their illuminated skepticism.”

“Western science is still frozen in an obsolete, Newtonian worldview that is based literally on superstition — and we can call it the superstition of materialism — which says you and I are physical entities of the physical universe.”
“There’s a lot of interesting science now that is suggesting… that our consciousness… that this part of us is not a product of our brain… …the evidence is pointing out that this consciousness is non-local, which means that it exists outside of space-time and therefore mathematically it is not possible to destroy this consciousness. “
“The mystery of life cannot be solved without answering one essential question. Why are human beings intelligent? In common understanding, we are intelligent because of our brains, our brains are intelligent because of the operation of brain cells, and brain cells operate because of genes. By this reasoning, either genes must be intelligent in their own right, or by some magic of chemistry, molecules that lack intelligence produce it when combined in various ways.
So, is this whole line of thinking false? To a materialist it must be true without question, and any attempt to find intelligence outside the brain--meaning outside DNA--is preposterous. Except that it isn't.”

It is amazing how much Chopra pisses me off while saying absolutely NOTHING.

Steve, that's one of the best responses to Chopra ramble I've ever heard.