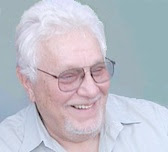 “There's no reason for me to believe that God exists, so I don't.”
“The universe is not fine-tuned for life; life is fine-tuned to the universe.”
“If it looks like God does not exist, quacks like God does not exist, then there is a good
chance he does not....
Proof is not required to believe. But some sign, some evidence is needed. None exists....
Find some inkling of evidence. There is none.”
"Science flies men to the moon, religion flies men into buildings."
“...if God created the universe as a special place for humanity, he seems to have wasted an awfully large amount of space where humanity will never make an appearance.”
“Any attempt at understanding humanity must include an explanation of the hold that supernatural belief continues to have on most of the human race.”
“Theists also try to argue that science operates on faith no less than does religion by assuming science and reason apply to reality. This betrays an ignorance of science that pervasive among theists and theologians. Faith is belief in the absence of evidence. Science is belief in the presence of evidence. When the evidence disagrees with a scientific proposition, the proposition is discarded. When the evidence disagrees with a religious proposition, the evidence is discarded.”
“When people start using science to argue for their specific beliefs and delusions, to try to claim that they're supported by science, then scientists at least have to speak up and say, ‘You're welcome to your delusions, but don't say that they're supported by science.’"
“[N]othing we currently know from our best sources of knowledge requires anyone to buy into one or more of the many extravagant claims that are made by those who would try to use science to promote their own particular mystical or supernatural worldview. Since these promoters introduce extraneous elements of reality not required by the data, their proposals fail the test of parsimony. It then follows that they have the burden of proving their schemes, not I the burden of disproving them.”
“Scientific evidence for God's existence is being claimed today by theists, many of whom carry respectable scientific or philosophical credentials. ‘He’ who is neither a ‘she’ nor an ‘it’ supposedly answers prayers and otherwise dramatically affects the outcome of events. If these consequences are as significant as believers say, then the effects should be detectable in properly controlled experiments.”
“People are entitled to their opinions, but when the opinion is in disagreement with the data -- with the facts -- when that opinion does not stand up under critical or rational scrutiny, I think we have a right to point that out. We shouldn't be stepping on anybody's toes when we do that. If they're going to be spouting off nonsense, then we should say that -- not as a matter of opinion, but as a matter of scientific fact. When someone says science says something, and science doesn't say something (‘It doesn't say that! That's a misrepresentation of what science says.’), then I think we can state that. And if it ruffles some feathers, so what? I just don't see the basis for arguing that creationism has equal standing with evolution.”
“In the United States, the new creationist movement has convinced many people and their political servants that scientists are being unfair in not supporting the teaching of alternatives to evolution in science classes. They say it is censorship to exclude intelligent design from those classes. The usual argument raised against teaching intelligent design is that it unconstitutionally promotes religion. Design promoters, however, insist that they have no particular designer in mind. No one believes them, but skilled lawyers arguing for the cause of impartiality on their behalf could probably prevail in court. In any case, a better argument exists: Intelligent design theory, as currently formulated by its leading proponents, should not be taught in science classes because it is provably wrong.”
“The argument from design rests on the notion that everything, but God, must come from something. However, once you agree that it is logically possible for an entity to exist that was not itself created, namely God, then that entity can just as well be the universe itself. Indeed, this is a more economical possibility, not requiring the additional hypothesis of a supernatural power outside the universe....
... To [creationists], it is not a matter of logic anyway, but common sense. They see no way that the universe could have just happened, without intent. ‘How can something come from nothing?’ they continue to ask, never wondering how God came from nothing.”
*For those that have read Dawkins, Hitchens, Harris and Dennett, but not Stenger; I highly recommend that you look into his books. The New Atheism: Taking a Stand for Science and Reason is probably my favorite book out of all the major New Atheist authors. I really wish that when they filmed The Four Horsemen they included Stenger. That would be five horsemen, but what's the difference?
Posted by Steve at 8:00 AM