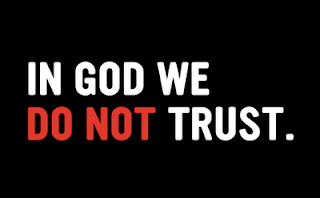 University of Alabama - Ways to Help

Atheist Official Wachs Charged With Simulating Sex Act - So many things wrong with this. When will the State Attorney General get involved  to investigate the Sheriff’s office and local officials in Imperial Polk County, FL? Wanna help Ellen?
Contribute here → http://www.atheistsofflorida.org/legaldefense.htm

I’m just going to have a whole bin Laden section. Skip if you are already overloaded on it. I understand. I wrote my thoughts on it below.

Predictably, Americans are split on what they deem the “proper” reaction to Osama bin Laden’s death. Some are dancing in the streets and others are disgusted and saddened by the celebrations of a human death. I am somewhere in the middle which I consider to be appropriate. I do not dance in the streets waiving a flag in nationalistic ecstasy ignoring the jingoistic nature of American foreign policy that is partly responsible for the violence in the world. Many people perceive his death as vengeance meted out, but it is an empty concept devoid of justice since it cannot bring back the lives lost nor will it result in preventing future suffering. Conversely, neither do I mourn the death of man who has murdered thousands of not only my fellow citizens, but countless people around the world including his supposed Muslim brothers and sisters. I have no problem with the action as it was taken. None. He needed to be stopped. It is that simple.

Osama bin Laden was a vile, twisted man who contorted his superstitions into a worldwide weapon of mass destruction. The amount of suffering he inflicted upon humanity is incalculable. He deserves nothing more than being dumped at sea to rot and be ravaged by nature. He will go down in history as a murderer, criminal, maniac, zealot and monster. Fuck you, bin Laden. I don’t believe in a Hell for you to go to, but if there was even that would be too good.

The Secret Team That Killed bin Laden
Osama Bin Laden is dead – prove it
Out of Osama's Death, a Fake Quotation Is Born
FLASHBACK: O’Reilly attacked Obama for promising to get bin Laden
FLASHBACK 2008: McCain, Clinton Slam Obama For Saying He'd Go Get Bin Laden In Pakistan (VIDEO)
Osama bin Laden death an answer to Oklahoma woman's prayer - How is this an article in a newspaper? I mean really?
Bin Laden 'firefight': Only one man was armed - Somehow the fact that it was so easy for our strike force will come to be a problem for us. Someone will say it was “unfair.” Just watch.
OK. Non-bin Laden Links resume

May is Zombie Awareness Month - I just realized the humor in this given the May 21st Rapture predictions. The return of Zombie Jesus is a go.

A Sequel to Draw Mohammad Day


Top Republicans to welcome Netanyahu, who called 9-11 attacks “very good,” said anti-US terror helps Israel - Pure politics. Everything having to do with this situation could not occur outside of the weirdness of politics.
The History of Pretty Much Everything

Minnesota lawmaker’s gay marriage defense goes viral - Someone who gets it. For example:


"I'm Jewish. Eating pork or shellfish is not allowed in my tradition, but I would never ask the government to impose that on our fellow citizens," Simon said. "We have to be careful about trying to enshrine our beliefs, however religiously valid you may believe them to be, in the Minnesota Constitution."
Oceans Could Rise 5 Feet by 2100 - Buuut that doesn’t matter since since Armageddon will occur before then anyway.  Who cares? Just buy some shit and shut the fuck up.

*the url is even funnier

The Believers Test - What is God? - I really like this exercise.

251 Members of Congress voted to "redefine rape." Was yours one of them?

Donald Trump's Lunacy Reveals Core Truth About the Republicans - They are shallow, manipulative scum. The end.

Are Dead Zones of the Universe Proof of the "Rare Earth" Theory?

Is our Universe a Giant Nervous System? - Woo alert! From an “Alternative Science” Blog. Indeed.

Sam Harris: Why I’d Rather Not Speak About Torture

Monday Morning Quotes: Madalyn Murray O'Hair - I really hope most people understand who she was.

That Obama such is an anti-capitalist Socialist pig, huh?

Amis on Hitchens: 'He's one of the most terrifying rhetoricians the world has seen'


USA Today: Atheism is a superstition
Posted by Steve at 8:00 AM