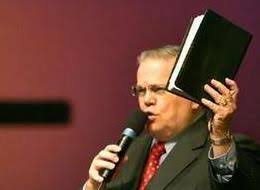 More Christian lies about the godless.

Secular humanism is a pagan god and America is bowing at the shrine. It has filled our drug rehab centers, it has filled the divorce courts, it has filled the shelter for battered wives, it has filled the rape crisis centers, it has filled the mental hospitals and single bars, it has filled the penitentiaries and the roster guests for the brain-dead television shows you see from New York. Think about that, we’re in a moral free fall where your children can be taught witchcraft by Harry Potter; that Heather has two mommies; you can substitute Christmas for a midwinter holiday, call it anything you want to but don’t call it Christmas, kick God out of the Christmas event; you can let your daughter go to school and she can get an abortion without your permission or without your knowledge but she cannot get an aspirin without your knowledge. Something is dreadfully wrong when you as the parent cannot control the destiny of your own child. America has turned its back from the God of the Bible and it is time for the church of Jesus Christ to stand up and speak up and say we have a right to the destiny of our own children! (emphasis added)

There was a video of this, but John Hagee Ministries forced Right Wing Watch to take it down. Nice convictions. Of course none of these things are true. All the societal ills Hagee lists have nothing to do with Humanism and are much more prevalent within the the Christian flock of sheep even when adjusting for population percentages. Finally, we have the typical thought-terminating cliche invoked by the "Think of the children!" plea.

Do you think people like Hagee believe what they say or just use it? I am always torn on this. I tend to think most of these congregations fall for this crap hook, line, and sinker; but a large portion is ambivalent. They just won't speak up. Then there are the religious leaders. I honestly don't know how cynical they are and whether they believe this garbage themselves or it all just builds upon itself.