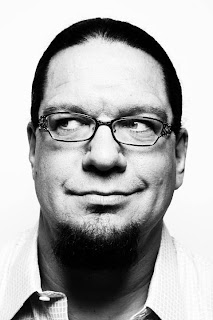 “If every trace of every single religion were wiped out and nothing were passsed on, it would never be created exactly that way again. There might be some other nonsense in its place, but not that exact nonsense. If all of science were wiped out, it would still be true and someone would find a way to figure it all out again.”

“Believing there is no God gives me more room for belief in family, people, love, truth, beauty, sex, Jell-o, and all the other things I can prove and that make this life the best life I will ever have.”

“The characters and events depicted in the damn bible are fictitious. Any similarity to actual persons, living or dead, is purely coincidental.”

“What I have a problem with is not so much religion or god, but faith. When you say you believe something in your heart and therefore you can act on it, you have completely justified the 9/11 bombers. You have justified Charlie Manson. If it's true for you, why isn't it true for them? Why are you different? If you say "I believe there's an all-powerful force of love in the universe that connects us all, and I have no evidence of that but I believe it in my heart," then it's perfectly okay to believe in your heart that Sharon Tate deserves to die. It's perfectly okay to believe in your heart that you need to fly planes into buildings for Allah.”

“I believe that there is no God. I’m beyond atheism. Atheism is not believing in God. Not believing in God is easy — you can’t prove a negative, so there’s no work to do. You can’t prove that there isn’t an elephant inside the trunk of my car. You sure? How about now? Maybe he was just hiding before. Check again. Did I mention that my personal heartfelt definition of the word “elephant” includes mystery, order, goodness, love and a spare tire?”

“Believing there's no God means I can't really be forgiven except by kindness and faulty memories. That's good; it makes me want to be more thoughtful. I have to try to treat people right the first time around”

“It's not arrogant to say that you can't figure out the answers to the universe with your internal faith. It's not arrogant to know that there's no omniscient, omnipotent prime mover in the universe who loves you personally. It's not sad to feel that life and the love of your real friends and family is more than enough to make life worth living. Isn't it much sadder to feel that there is a more important love required than the love of the people who have chosen to spend their limited time with you?”

“Nobody that has seen a baby born can believe in god for a second. When you see your child born, and the panic, and the amount of technology that is saving the life of the two people you love most in the world, when you see how much stainless steel and money it takes to fight off the fact that god wants both those people dead, no one, no one can look into the eyes of a newborn baby and say there's a god, because I'll tell ya, if we were squatting in the woods, the two people I love most would be dead. There's just no way around that. If I were in charge, no way. We need technology to fight against nature; nature so wants us dead. Nature is trying to kill us.”
NSFW