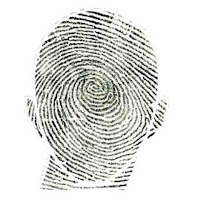 I am fond of saying that “I don’t know who I am, but I know who I was as recently as five minutes ago.”  American culture spends an inordinate amount of time telling us to “find” or “know” ourselves.  More on why that is bullshit in a minute.

I spent the first two-thirds of my life trying to understand myself.  I studied psychology because it seemed like a good enough place to start.  I dabbled in philosophy and theology because I was drawn to the “big questions.” Adulthood is marked by those few moments when you start to finally see a clear image of your identity.  After that you get to undertake the new task of learning to live with this confused and irritating person now inhabiting your body.

For me, one of these markers was the questioning and eventually coming to the conclusion that there is no God.  I say conclusion, but in all practicality this is really a position.  Any logical or scientific understanding is subject to change in light of new, credible information.  This is important to note (ad nauseum) because the vast majority of references to atheism in the media claim that atheists are absolutely certain of their position while the softer “more reasonable” agnostic is just not sure.  Atheists are branded as arrogant for being “certain” that there is no supernatural god by the same people who are certain that there is a god because they believe it really hard and call it “faith.”  When an atheist says that they are not certain that there is no god (because that is supposedly “impossible”) they are derided for not having conviction in their position.  Sometimes this is a genuine misunderstanding of terms like “faith” and “dogma” but it usually boils down to intellectual dishonesty.  I expect to continue being irritated by things like this as the media outlets run brazenly into larger confirmation bias silos.

Not understanding this distinction was the reason I called myself an agnostic for years before I realized that atheist was a more appropriate moniker.  I remember these moments as identity markers in my life.  These were moments when I understood something inexorable about myself.  Again it wasn’t the lack of belief in gods that was unalterable, but the process by which I came to that conclusion was.  Logic.  Evidence.  Exploration.

Personally, the absence of a divine creator was comforting because it meant that I had no destiny.  I did not have to accept the things that I wanted to change about my life or myself.  I was not designed with a purpose that I needed to uncover or to live up to.  I did not need to drive myself insane trying to decipher the meaning of every event around me.  The significance was mine to assign.  This seemingly terrifies the faithful.  The concept of no ultimate authority over the self is a symptom of a chaotic universe.  Most people can handle not knowing where the bus is going as long as someone is driving.

Steve is the first open atheist I ever met (way back in 1998).  I was still a believer at that time but I was already challenging what I believed.  Left Hemispheres really began as an extension of all the conversations Steve and I had in college and the email conversations that Steve and I and a few others were still having years later.  The blog was a vehicle to meet and interact with the global network of non-believers that we knew existed but did not really know how to reach.  The blog was also a learning tool.  We set up this network to bring relevant information to the discussion.  We brought our sarcasm and dark humor with us.  Most of all, it was a log of the arguments we were making and a method to formulate and practice those ideas.  We took this concept of “an attempt at rational, secular discourse” and set it loose on an unsuspecting and largely oblivious populace.  It was fun.  Until it wasn’t.  I’m not going to go into the annoyance of the atheosphere.  You can listen to the podcast for that.  It is certainly not the only reason to stop the blog.  It was really just the most recent (and most annoying) reason.  The truth is we’ve said what we came to say.  We have explored these ideas as far as they will go for us, or really, just as much as we care to publically.  We have kicked the hornets’ nest and threw rocks at the giant.  It turns out that most of the hornets don’t have stingers and the giant just stomps his feet and cries “persecution.”

I want to thank all of the readers and listeners who came along for the ride.  Your comments/questions/arguments have sparked as many off-line conversations as the ones on the blog.  You have shaped our narrative and direction as much as the charlatans whose hypocrisy and hubris we pointed out.  We had more than a few laughs along the way.  To my brothers at Left Hemispheres:  You are scholars of sarcasm.  You are masters of mockery.  I’ve got your back in Rapture or Zombie Apocalypse (equally likely).

Here’s what I have learned:  We don’t need to find ourselves.  We need to find each other.  You know exactly who you are.  You know what you want.  The conflict is that you can’t always have it.  The people who do not understand their identity really just don’t understand their motives.  The world is desperately short on compassion.  Most of us do not live in tribes anymore.  It’s time to stop making love exclusive.  I have learned that our little planet is teeming with people who think like me.  People who weigh evidence over authority.  People who know that the world is small (and round) and that the actions of one can influence many.  If believing that you were designed with a purpose in mind, or that the Universe has feelings keeps you from being an asshole; then by all means...continue.  If you think the Creator is really a warlike, sexist, homophobe who loves you better than anyone else because of the place you were born, it is certainly your right to have that opinion.  Just don’t expect me to let you force-feed it to my children.  Or yours.

Adam, Steve, Jack and Nick, you guys did brilliantly.

It's over, but what a journey it was while it lasted!

It is not clear why you think people are not really struggling with their identity. You have no theory behind it. It's just a hunch. Doesn't that flies in the face of everything that the blog is for, ideas based on evidence? It could be argued quite forcefully that people really do struggle in knowing themselves. The tendency of people to obey authority figures in contradiction to their own best interests is a clear example. Gender and body dysphoria, cults, religions and political group identity, I'm sure there are loads more examples. Your idea that it is all down to not knowing why you do things doesn't explain anything. Is nobody rational then?

You write good content, I am looking for this thanks for sharing it will help others.

Whoa! This blog looks just like my old one! It’s on a totally different subject but it has pretty much the same page layout and design. Excellent choice of colors!