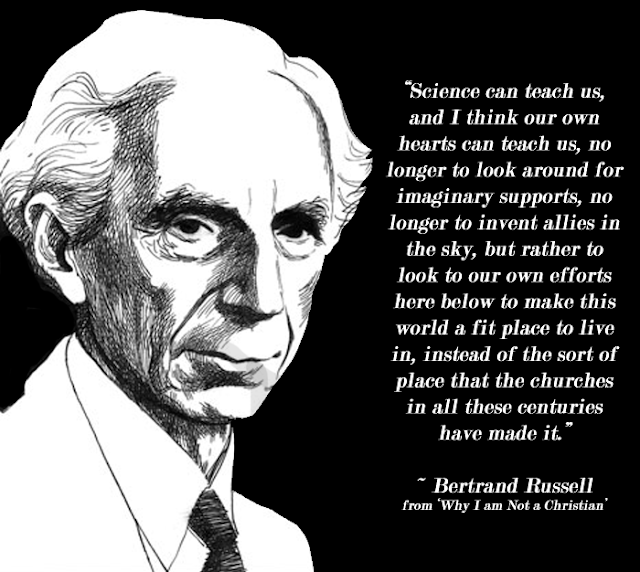 "It is undesirable to believe a proposition when there is no ground whatsoever for supposing it is true."
“I think we ought always to entertain our opinions with some measure of doubt. I shouldn't wish people dogmatically to believe any philosophy, not even mine.”

“In all affairs it's a healthy thing now and then to hang a question mark on the things you have long taken for granted.”

“So far as I can remember, there is not one word in the Gospels in praise of intelligence.”

“The whole problem with the world is that fools and fanatics are always so certain of themselves, but wiser people so full of doubts.”

“Not to be absolutely certain is, I think, one of the essential things in rationality.”

“The fact that an opinion has been widely held is no evidence whatever that it is not utterly absurd; indeed in view of the silliness of the majority of mankind, a widespread belief is more likely to be foolish than sensible.”


The Celestial Teapot
Posted by Steve at 8:00 AM