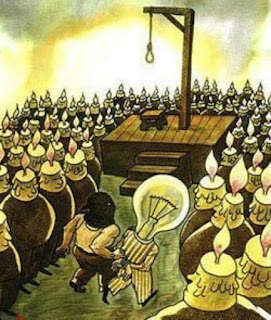 It's Just Atheism “When we lump all these groups together and say “this is what we are” we are automatically excluding those that live quietly on our side of the fence. These are the people that need to be attracted to being, at a minimum, open about their irreligion and be comfortable with it.”

Guest Post: Lightning & Disease - A Primitive Thought System Overturned "Foremost among our ongoing challenges,...and rising above all the others, is the struggle against our own ignorance."

More Fun With HuffPo Religion: The Importance of a "Reasoned" Faith

The Affirmations of Positive Unbelief

Get Your Atheism Out of My Science and Stay Out I really like Gamma Squad, but this wasn't the best reasoned argument. To a degree, I agree with Dan Seitz (obviously, given my “It’s Just Atheism”post earlier in the week which was timely), but this argument has some rather large holes in it. Something else for us vocal atheists to remember is that not everyone has thought about it as much as we have or had practice debating. Sometimes we need to cut others some slack and not overreact. Actually, I think we should do that more than we do. I commented a few times trying to clear it up all friendly-like.

How to be a Successful Religious Affairs Journalist Hilarious.

Katrina Lumsden's Reviews > Fifty Shades of Grey The second greatest review of all time (as far as I know). The first being Lindy West’s epic review of the Sex and the City 2 movie.

Priests could be ordered to report confessions of sex abuse to police That’s outrageous! How you expect priests to turn themselves in?

Preachers in Alabama Bully an Art Theater (HILARIOUS UPDATE!) This is proof that it pays that I went to grad school at Bama. Not for the M.A. degree...just so I am privy to info like this.

Fox Back To Bashing The Volt Fox spreading a myth that has already been debunked...by...Fox...

What “Dummies” need to know about atheism It’s not really that informative of an interview, but know that Dale McGowan wrote “Atheism for Dummies.”

Make the World Better by Pamela Gay: “I’ve heard people joke that the reason I’m in a research center rather than in Physics is because I have boobs. It’s all said with a laugh. So far, its been nothing actionable or against the law. But it hurts...I know it hurts my self esteem. And I know there is nothing I can do to change the reality I am in.  I could move to another university – I could change which reality I’m in – but that would leave behind a university devoid of women role models who are capable in physics and computer science, the two fields that my students come from. I stay, and I try to be the example of a woman doing things that matter.”

Dan Barker on Atheism Being Positive

Boy Scouts Reaffirm Ban On Open Gays; Call It 'Absolutely The Best Policy' Hmm, well, in light of that I think the best policy is for Americans to stop sending their boys to the Boy Scouts. Navigators USA is an inclusive alternative.

Poor People in Alabama Continue to be Jailed Because They Cannot Pay Fines “A shocking number of these sentences imposed for minor misdemeanors exceeded the punishment for felony offenses.” The new debtor’s prison system.

Bolt from the Blue: Giant Flash of Lightning Seen in Saturn’s Storm

A New Age for Truth “A public with the ability to spot a hoax website, verify a tweet, detect a faked photo, and evaluate sources of information is a more informed public. A public more resistant to untruths and so-called rumor bombs. (Think "death panels.") This is a public that can participate in fact checking, rather than merely be an audience for it.”

Using Lasers and Antimatter to Trek to the Stars I see what you did there.

George Zimmerman Says He Wouldn’t Do Anything Differently: ‘It Was God’s Plan’ For Me To Kill Trayvon Martin And with that Hannity came.

Random Observation I still think there is a disconnect here.

Bill Murray’s minor league baseball team to celebrate atheism night Proving once and for all that Bill Murray is too cool. Also, there is this. Even if the tour isn’t real, the previous party crashing makes Bill Murray my celebrity hero.

Faithful flock to 'bleeding' Virgin Mary Yet again, the inevitable wait for a rational explanation before this “miracle” fades into obscurity. 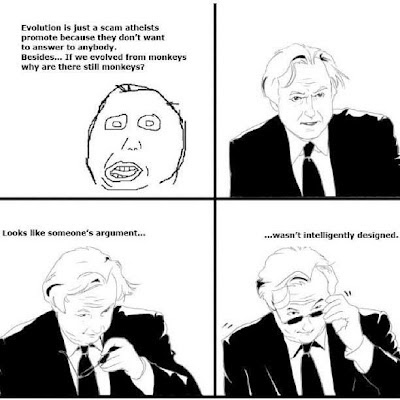 You know I watch too many atheist videos when I can recall the exact clip that Dawkin's expression came from. The proof is below!