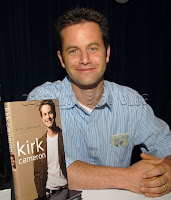 Author's Note: We've been getting a little sick of reporting the usual anti-gay, anti-woman, anti-atheist, anti-minority speech from the pulpit. We have heard from the shepards, so we're going to open the floor to the batshit insanity of the faithful sheep. Enjoy!

"You can see where [Hitler] clearly takes Darwin's ideas to some of their logical conclusions and compares certain races of people to lower evolutionary life forms," Cameron says. "If you take Darwin's theory and extend it to its logical end, it can be used to justify all number of very horrendous things."

"I was being foolish. An atheist can't stand behind their assertion that God doesn't exist. The stupidest thing I ever could have done was to reject His Truth.”

"Science has never found a genuine transitional form that is one kind of animal crossing over into another kind either living, or in the fossil record."


Here is a list of Transitional Forms via Talk Origins.
Posted by Adam at 8:00 AM