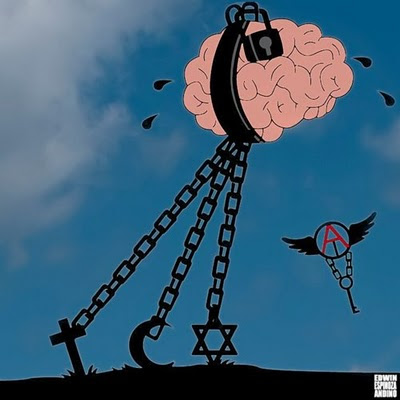 Digital Ways to Donate to Japan Disaster Relief
Not Praying for Japan - I love all the denizens of Twitter getting fired up over the #PrayforJapan hashtag. Get off you ass and do something.

Also we created a Secular Charities page to keep a running list of secular charities in general. If you know of more please send us an email.  They do not have to be an explicitly atheist charity. Just a secular one. Anything. We’ll put it up.

Godzilla is to blame - Whatever gets people’s attention to donate.

That’s a hint...go donate right now and come back.

I want to take the time here to address the God Hates Japan girl, (TamTamPamela). It is confirmed - she was a troll.  Let’s hope that is the last we see of her, troll or no. I can only speak personally but when I suspected troll I was kind of offended by that all the same.


Government Spending Millions to Evangelize to Military Kids - It boggles my mind that most people are apathetic about this. Every one except Evangelical Christians should be outraged, horrified and worried. Nope. Everyone is too busy watching Jersey Shore and Survivor and OMG did Emily win on The Bachelor?
*drinks heavily*
Kansas GOP State Rep. Compares Undocumented Immigrants To Pigs, Suggests Shooting Them From Helicopters - I think all ignorant morons should be hunted like swine, forcibly sterilized, lobotomized and barred from public office. Hahaha. I'm just joking so it's OK that I said that.
The Catch-22 of Hell - This is a subject I could go on and on about.

Timeline: The evolution of life

Generation Joshua  - Not quite as insidious as Jesus Camp, but they are still using homeschool kids in the culture wars.


Website Tracks At-Risk Historic Sites
Jim DeMint’s Theory Of Relativity: ‘The Bigger Government Gets, The Smaller God Gets’ - “America works, freedom works, when people have that internal gyroscope that comes from a belief in God and Biblical faith. Once we push that out, you no longer have the capacity to live as a free person without the external controls of an authoritarian government.”
Why the rock-paper-scissors game explains natural selection - I like this. It does explain ecosystem competition adequately.
Honesty: The Muslim World’s Scarcest Resource? - “Believers, if you yield to the infidels they will drag you back to unbelief and you will return headlong to perdition. . . . We will put terror into the hearts of the unbelievers. . . . The Fire shall be their home” (3:149–51).
Training Tea Party Activists In Guerrilla Internet Tactics - "80% of the books I put a star on, I don't read...so that's how it works."  I don't doubt that for a second.
‘War On Science’: Committee From Koch Votes To Deny Climate Change
Lost city of Atlantis believed found off Spain - Unsurprisingly, I am skeptical. Even with Japan and Libya taking up the majority of the news cycle I would think this would be bigger news if it had more support. Also, a settlement with concentric rings ≠ Atlantis. It still has the potential for a cool archaeological site though.
Simple slime mold forms complex tissue
NEW MEME! Advice God: This is great.
Petition: Demand that the US Army show equal treatment for religious and non-religious soldiers.

No Slave to God


This video is pretty random for the site, but I laughed my ass off.
Restoring Nedoceratops: Gored by a Horned Rival?


Brachiopods: another piece in the puzzle of eye evolution -  Oh hey look at that - reducible complexity...


The 21 Priests
I was going to provide links to as many of these pedophiles (allegedly) as I could find, but the links slowly went dead over the past few days so I removed them.